The Bachelorette: Men Tell All Only Left Us More Convinced of the Next Bachelor

Why Celebs Like Kate Hudson and Katherine Schwarzenegger Love Allbirds

Why Common Is “Constantly In Shock” Over Girlfriend Tiffany Haddish

Mindy Kaling Reveals What Bothered Her About Working on The Office

Nick Cannon Introduces Baby No. 7 as He Reveals the “Most Euphoric” Part of Fatherhood

On Friday, March 27, the Puerto Rican star released his most daring music video yet for “Yo Perreo Sola” or “I Twerk Alone” from his sophomore album, YHLQMDLG. In the 3-minute video, Bad Bunny got a full drag makeover as he donned three different outfits (from a red latex ensemble to a skintight animal print dress), rocked a full-face of makeup and twerked in thigh-high boots.

Directed by Bad Bunny and Stillz, the music video garnered a lot of attention on social media as fans applauded the 26-year-old for continuing to take a stance against toxic masculinity and machismo in the music industry and Latinx community.

However, earlier today Anuel began trending on social media after fans speculated that one of his recent Instagram Stories was aimed at Bad Bunny. It read, “El conejo malo jugando a los transformers” or “The Bad Bunny playing transformers.”

The Instagram Story where Anuel made those comments has since been deleted. However, it was seemingly a part of a string of other comments he made on his Instagram Stories where he was calling out artists in the music industry.

“I don’t want to have friends in the industry apart from Daddy Yankee, Nicky Jam, Farruko, Ñengo Flow y Kendo seriously, leave me alone,” he wrote on Instagram. “You guys are rare, fools and hypocrites!!!!! I can no longer stray away from my ideals for business.”

The 27-year-old went on, “I’m tired of the masks, don’t get close to me in any place y’all see me, I’m serious, unless it’s for unfinished business.”

He also tagged Calle 13’s Residente, Lunay, J Balvin and Jhay Cortez before writing that “the rest of you, may God bless you, take care of yourself.” 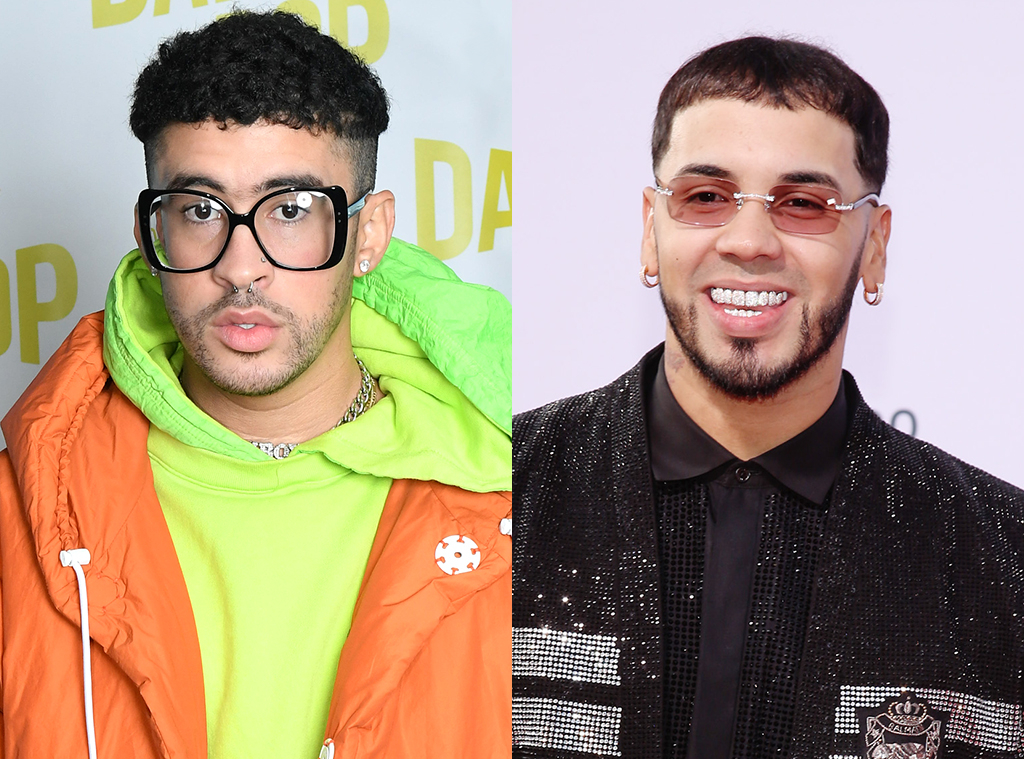 Most recently, Bad Bunny appeared on The Tonight Show Starring Jimmy Fallon for a performance of his single “Ignorantes”—but what’s worth mentioning is that he wore a long skirt and a white shirt that read, “Mataron a Alexa, no a un hombre con falda” or “They killed Alexa, not a man in a skirt.”

The statement on his shirt was in reference to Alexa Negrón Luciano, a transgender woman who was murdered in Puerto Rico on Sunday, Feb. 23, according to The New York Times.

In a recent interview with Rolling Stone, the Latin trap star also shared that he wrote “Yo Perreo Sola” from the “perspective of  a woman.”

“I wanted a woman’s voice to sing it—’yo perreo sola’—because it doesn’t mean the same thing when a man sings it. But I do feel like that woman sometimes,” he explained to the publication.

At the end of his music video, a message reads in Spanish, “If she doesn’t want to dance with you, respect her, she twerks alone.”

The Bachelorette: Men Tell All Only Left Us More Convinced of the Next Bachelor

Why Celebs Like Kate Hudson and Katherine Schwarzenegger Love Allbirds