Chrissy Teigen was not going to remain silent after being mocked for having hired help for her and John Legend‘s two children, Luna and Miles.

The Lip Sync Battle star and model, a celebrity clapback queen, had posted on her Instagram page on Black Friday a photo of the kids with three employees, writing, “Grateful for people that make our dysfunctional house functional ❤️.” One user commented, “‘Thankful for my household staff of chefs and nannies.'”

“Literally just said that but you sure got me,” Chrissy replied.

Many fans defended her.

“I could be too if I had them,” one person wrote.

“Hey, if I could afford it, I’d have it too,” another user agreed. “Nice to have extra support for my kids!”

Chrissy has been open about having nannies for her kids, and her mother, Vilailuck “Pepper” Teigen, also lives with the family and helps raise the children.

“I hate pretending that we do it on our own,” Chrissy told Vanity Fair in an interview published in October. “We have daytime help, nighttime, weekend. I don’t know how my mom did it.”

Chrissy and John faced criticism over their choice to hire help even before 3-year-old Luna, their eldest child, was born. They came under fire after revealing plans to hire a night nurse for her. 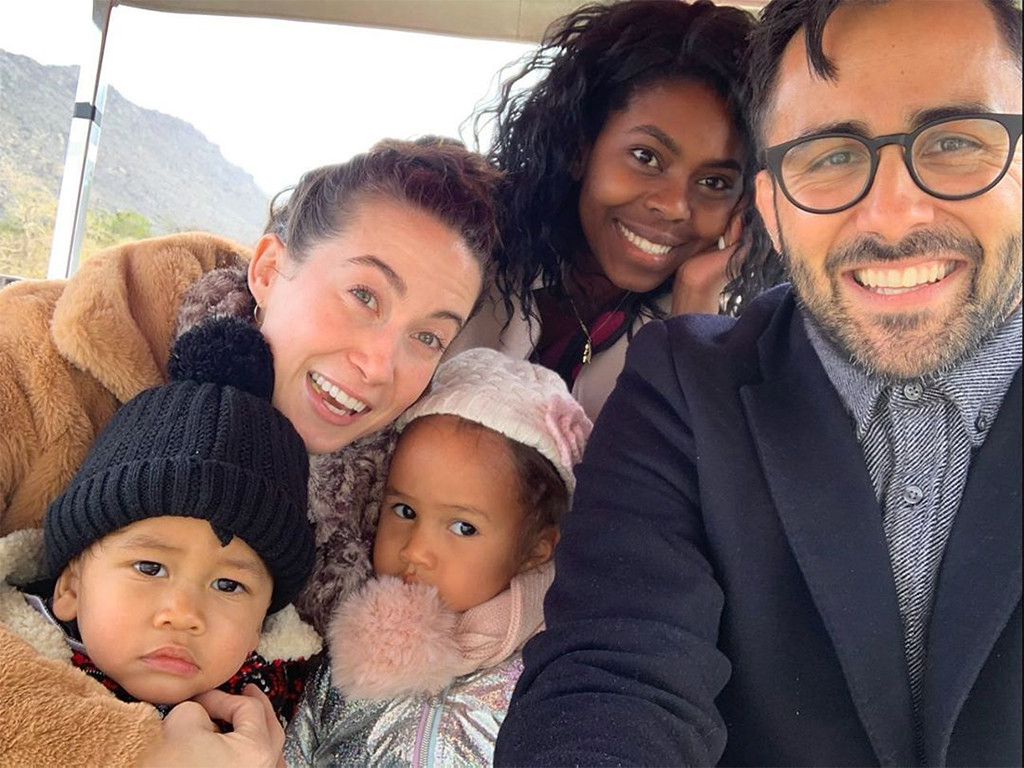 “A night nurse doesn’t replace you waking and feeding at night,” Chrissy later tweeted. “You’re up with them. They’re helpers and teachers.” 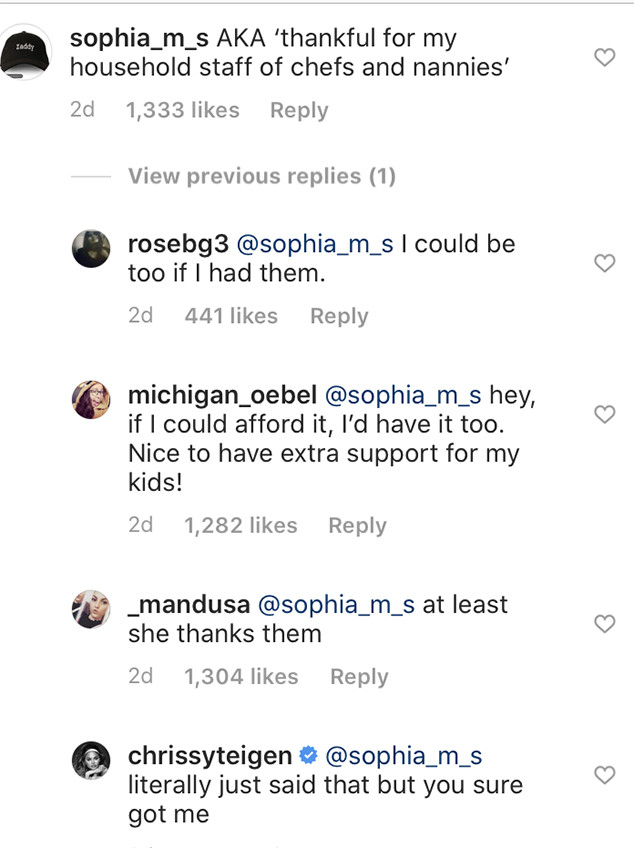 She also said, “I am so used to sharing our life that I forget how protective I will be soon. I cannot handle this kind of constant judgment!”