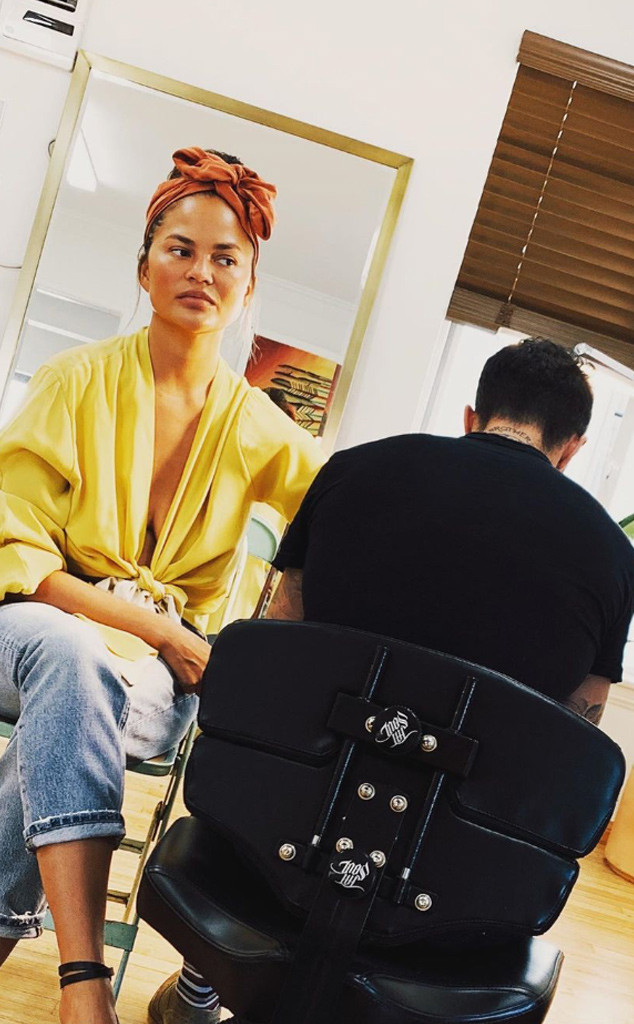 Chrissy Teigen is ready to get inked!

On Thursday afternoon, the supermodel and Lip Sync Battle star took to social media and revealed her brand-new tattoo.

“Cool mom back at it again with @winterstone!!!!” she shared on Instagram after visiting a tattoo parlor. So what did she get?

According to Chrissy’s social media account, the proud mom received several numbers on her arm including special dates likes her kids’ birthdays and John Legend‘s day of birth.

“The ultimate mnemonic device!” John joked in the comments section. Tattoo artist Winter Stone added, “You are the best!!! Happy to see you today!!!”

This isn’t the first time Chrissy has decided to get a tattoo for a special reason. Back in April 2019, the Cravings author got matching tattoos with her husband that pay tribute to their families.

And then there’s the hilarious—and temporary—tramp stamp Chrissy received as part of an unforgettable prank.

During a concert in Miami, John treated one unsuspecting attendee to a dance onstage. So what was Chrissy’s response? Recruit a random man and get matching ink! Well, temporary henna tattoos, that is.

“I’m Chrissy Teigen,” she told the camera. “And you guys get to pick your ultimate henna on my lower back.” LOL!