The Conners Killed a Roseanne Character Off Screen

Fran Drescher is back where she belongs: On your TV screens.

The co-creator and star of The Nanny hasn’t had a series regular role since 2011’s Happily Divorced, the TV Land sitcom she also co-created. Why join Indebted, her network TV return, now?

“Don’t ask me that question! I ask myself that every day when I’m so tired. I can’t wait to go to bed after rehearsal,” Drescher laughed. But Indebted was looking for something very specific and found it in Drescher.

“I had actually gotten inspiration for an idea that I was about to go out and pitch, which is the usual direction of entry for me to do a new series, and then this kind of fell into my lap,” Drescher said.

The script from Dan Levy (not to be confused with Schitt’s Creek star and co-creator Dan Levy), had NBC’s backing, and “a character that was described in every way as a Fran Drescher type.”

“My manager said, ‘Should I call them?’ And I said, ‘OK, let’s see what happens.’ So he said, ‘What about Fran Drescher?’ and the casting woman said, ‘We’ll have to get back to you,'” Drescher laughed. “But the producers were very excited.” The rest? Well, it’s now part of TV history.

The show follows young parents Dave (Adam Pally) and Rebecca (Abby Elliott) who have put the years of diapers and sleepless nights behind them, but now find their lives upended when Dave’s parents show up unannounced and broke. Dave is then forced to open up his home to the two people who gave him life. It’s a sitcom, so boundaries are questions and parenting styles are questioned quickly. 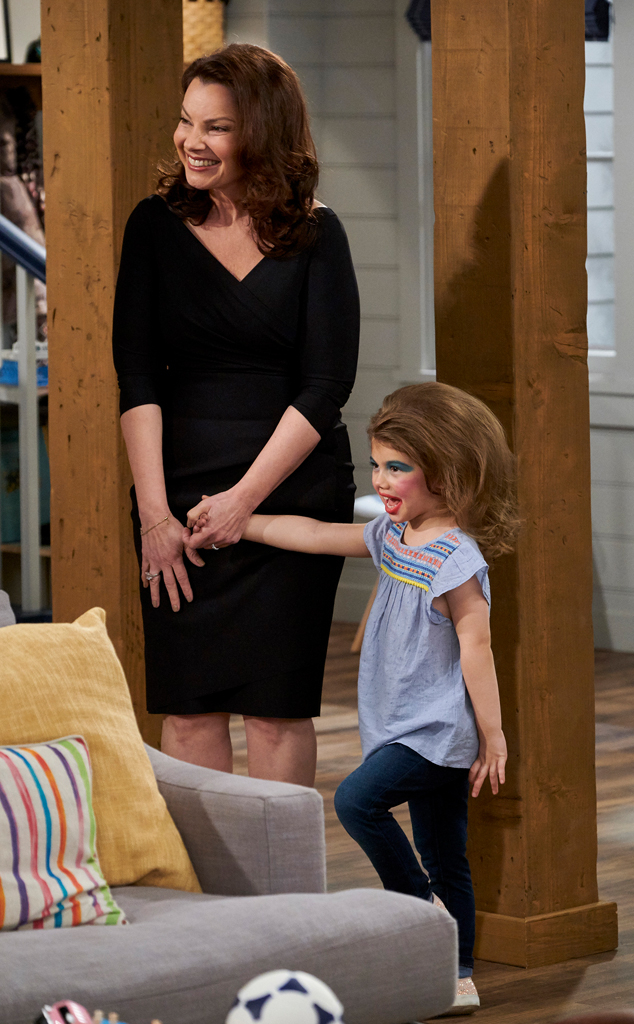 The cast, the premise and the fact that the same studio behind this show did The Nanny (Drescher is working on The Nanny stage musical) all made it too good to be true for Drescher. Plus, the added bonus: Her parents and their friends can find NBC on their TV sets. “They’re over-the-moon excited and I feel so grateful that I still have them and I just want to make them happy, so here I am,” Drescher said.

Drescher’s stage musical take on The Nanny, which she’s working on with ex-husband Peter Marc Jacobson and Crazy Ex-Girlfriend‘s Rachel Bloom and Adam Schlesinger, made headlines in early January. The move to the stage comes after Drescher had floated the idea of a Nanny remake starring Cardi B. It’s still early to talk stars, but Drescher said she does have somebody in mind.

“I do have somebody that’s wildly famous that I think would turn it into an event, however, it’s not to say we couldn’t do a talent search in search of the next Barbra Streisand,” she teased. And that’s all she’s saying.