Matt Lauer Fires Back at Rape Allegation in Open Letter

Matt Lauer Fires Back at Rape Allegation in Open Letter

Amid a publicly unveiled rape allegation against him, Matt Lauer has spoken up with his side of the story.

Ahead of the release of Ronan Farrow‘s upcoming book, Catch and Kill, Variety obtained a copy of the book and reported on an allegation in it against the former Today co-anchor from Brooke Nevils. According to Variety, Nevils accused Lauer of anally raping her in his hotel room at the 2014 Winter Olympics in Sochi. Per Variety, Nevils was in Sochi to work with Meredith Vieira, who was part of Today‘s Olympics coverage that year, and she and Nevils were allegedly at a hotel bar one night when they ran into Lauer and he joined them.

Citing Nevils’ account, Farrow wrote she “was in the midst of telling him she wasn’t interested again when he ‘just did it’…Lauer, she said, didn’t use lubricant. The encounter was excruciatingly painful. ‘It hurt so bad. I remember thinking, Is this normal?’ She told me she stopped saying no, but wept silently into a pillow.” According to Nevils’ account in the book, per Variety, the then-anchor allegedly asked her if she liked it and she told him yes. The author wrote she allegedly “bled for days.”

According to the book, per Variety, the two had additional sexual encounters in New York City. Nevils was allegedly scared about control Lauer had over her career, according to Variety‘s report of the book. Nevils allegedly told people about their situation after it ended, including colleagues and superiors. Nevils told Farrow she shared her story with Vieira in the fall of 2017 and Vieira allegedly told her to go to human resources with a lawyer. On the morning of Nov. 29, 2017, just over a day after she did so, it was announced that Lauer had been terminated from NBC News following a complaint regarding then-publicly unspecified inappropriate sexual behavior in the workplace.

“Matt Lauer’s conduct was appalling, horrific and reprehensible, as we said at the time,” NBC News said in a statement. “That’s why he was fired within 24 hours of us first learning of the complaint. Our hearts break again for our colleague.”

“The first time we learned about Matt Lauer’s sexual misconduct in the workplace was the night of November 27, 2017 and he was fired in 24 hours. Any suggestion that we knew prior to that evening, paid any ‘hush money,’ or tried to cover up any aspect of Lauer’s appalling behavior is absolutely false,” an NBC News spokesperson said in a statement. “NBCU’s legal team has done an exhaustive search of available records and conducted dozens of interviews of past and present staff, and uncovered no claims or settlements relating to allegations of inappropriate conduct by Matt Lauer that pre-date his firing. Only following his termination did we reach agreements with two women who had come forward for the very first time and those women have always been free to share their stories about Lauer with anyone they choose.” 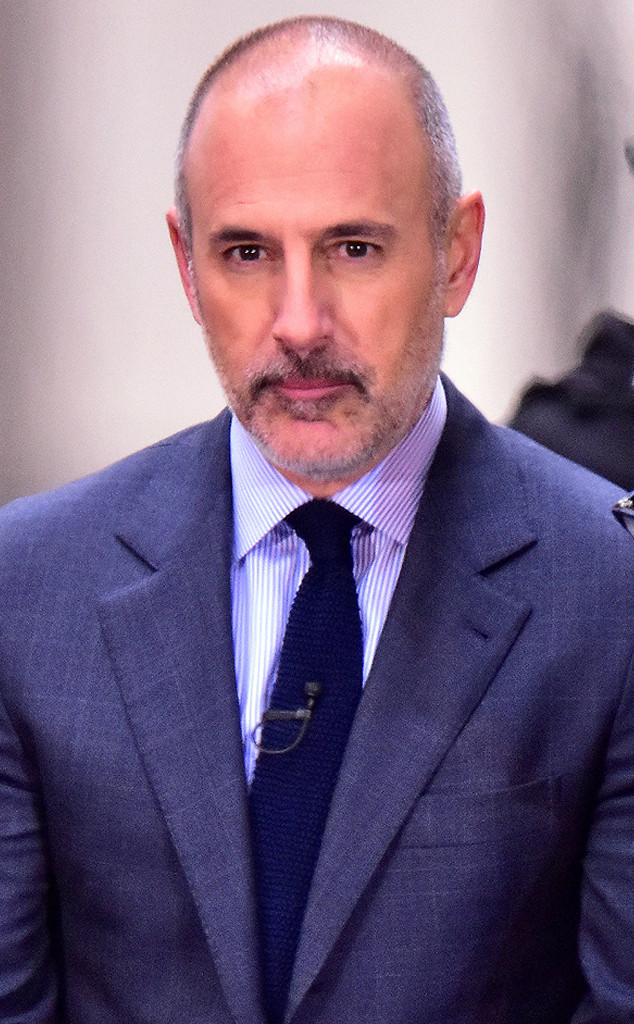 In a newly released, lengthy open letter, Lauer defended himself publicly against the allegation, shared his account of the night in question and explained remaining mostly silent for the past two years. “Despite my desire to set the record straight and confront the individuals making false allegations, I wanted nothing less than to create more headlines my kids would read and a new gathering of photographers at the end of our driveway.  So I decided to just stay quiet and work on repairing my relationship with the people I love. It has been the most important full-time job I have ever had. But my silence has been a mistake. Today, nearly two years after I was fired by NBC, old stories are being recycled, titillating details are being added, and a dangerous and defamatory new allegation is being made. All are being spread as part of a promotional effort to sell a book. It’s outrageous. So, after not speaking out to protect my children, it is now with their full support I say ‘enough,'” Lauer began his letter. “In a new book, it is alleged that an extramarital, but consensual, sexual encounter I have previously admitted having, was in fact an assault. It is categorically false, ignores the facts and defies common sense.”

Lauer wrote there was “absolutely nothing” aggressive about their Sochi encounter and claimed Nevils “did not do or say anything to object. She certainly did not cry.” Lauer described Nevils as being an allegedly “fully enthusiastic and willing partner.” “At no time did she behave in a way that made it appear she was incapable of consent,” he wrote. “She seemed to know exactly what she wanted to do.” Lauer further alleged, “The only concern she expressed was that someone might see her leaving my room. She embraced me at the door as she left.”

Per Lauer’s account, the two continued to have sexual encounters in the following months and communicated by text and phone. “At no time, during or after her multiple visits to my apartment, did she express in words or actions any discomfort with being there, or with our affair,” he claimed. Lauer also alleged she “went out of her way” to see him in his dressing room at work and they had a sexual encounter on one of those occasions. “It showed terrible judgment on my part, but it was completely mutual and consensual,” he alleged. In response to Nevils’ claim she was scared of the control he had over her career, Lauer noted Nevils never worked for him during their relationship and he did not review her work. 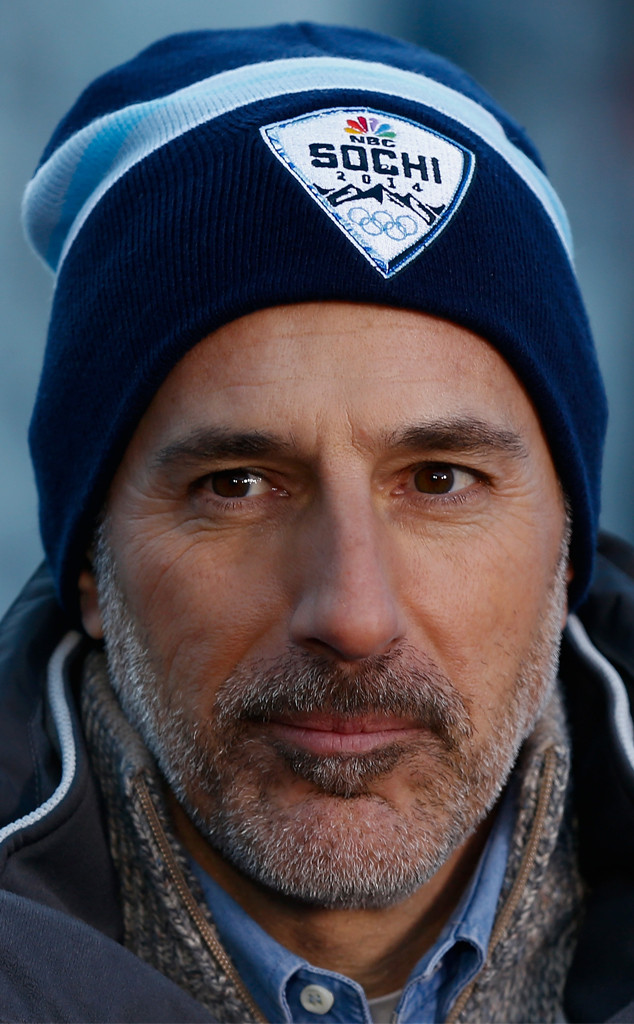 Lauer said he “simply stopped communicating” with Nevils to end their affair and suggested she made false accusations against him because she was upset or had second thoughts. After, Lauer wrote they saw each other “more than a dozen times” at professional gatherings and alleged “she always went out of her way to greet me warmly and engage in conversation.” He said he first learned she had a complaint when he was called in to speak with an NBC attorney on Nov. 28, 2017, but was never told at that meeting of her Sochi allegation.

Toward the end of his open letter, Lauer questioned Nevils’ alleged actions and claimed her story is “filled with contradictions,” including his claim that she called to rekindle their relationship after it was over and her earlier request to remain anonymous before coming forward publicly in Ronan’s book. After allegedly shopping her own book, “now she is making outrageous and false accusations to help sell a different book and stepping into the spotlight to cause as much damage as she can,” Lauer charged.

Before concluding, Lauer denied ever having a button in his office that could lock the door from the inside, a subject of reports after his firing. “It would have been impossible to confine anyone in my office, for any purpose, and I have never attempted to make anyone feel as if they were confined in my office,” he wrote. “I have never assaulted anyone or forced anyone to have sex. Period.”

Addressing past allegations against him more broadly, Lauer added, “For two years, the women with whom I had extramarital relationships have abandoned shared responsibility, and instead, shielded themselves from blame behind false allegations. They have avoided having to look a boyfriend, husband, or a child in the eye and say, ‘I cheated.’ They have done enormous damage in the process. And I will no longer provide them the shelter of my silence.”

Lauer’s full letter can be read here. E! News has reached out to Nevils’ attorney for comment.