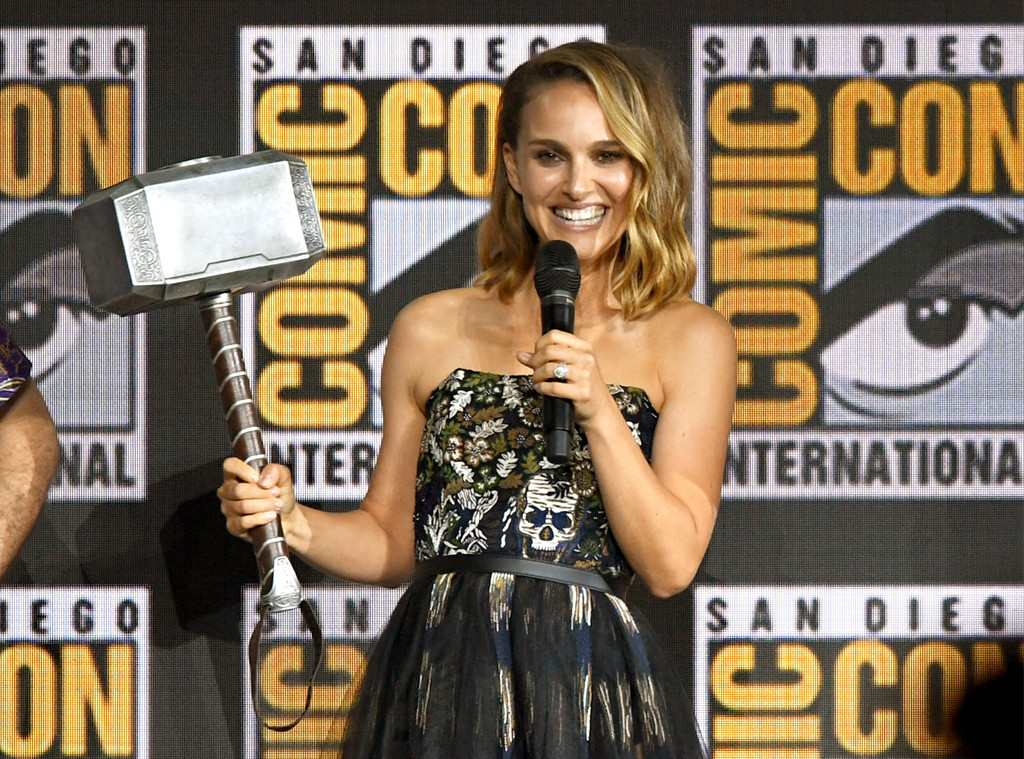 Natalie Portman is returning to the Marvel Cinematic Universe as…Thor?!

The 38-year-old actress had played the Asgardian god of thunder’s love interest and leading astrophysicist Jane Foster in the first two films in the Thor franchise. She sat out movie No. 3, the comedic Thor: Ragnarok. But after footage of her from the second film, Thor: The Dark World, was shown in this year’s Avengers: Endgame, along with a new voiceover. fans speculated the actress would make an official return to the franchise. And they were correct.

On Saturday, she made a surprise appearance at Comic-Con International: San Diego 2019, appearing at Marvel Studios’ panel, where it was announced that she will play the title superhero in the fourth film in the franchise, Thor: Love and Thunder. Chris Hemsworth, who played Thor in the first three films and the Avengers movies, will also return.

Director Taika Waititi told the Comic-Con audience while they were shooting Thor: Ragnarok, he read from Jason Aaron‘s Mighty Thor comic series, which depicts Jane as a female Thor

“So, there’s only one person who can do that,” Waititi said, referring to Portman.

The actress then took the stage and was handed a replica Mjolnir hammer.

“This feels pretty good,” she said. “I’ve always had a little hammer envy.”

Confused? Here are some comic Spoilers. It is unclear if Thor: Love and Thunder will follow their storylines.

In the comic books, Jane is diagnosed with breast cancer. At some point, Thor–the original Thor–is deemed no longer worthy of wielding Mjolnir and amid an attack on Earth by Frost Giants, a woman picks up the hammer and becomes Thor: Goddess of Thunder. That woman is Jane, and with the weapon, she acquires Thor’s superpowers and fights the Frost Giants and other enemies.

However, in the comics, using Mjolnir also has a devastating effect; every time she picks it up, it neutralized the effects of her cancer treatments, and she dies. Don’t worry, we’re talking about comic books. She gets resurrected.

The new film also stars returning star Tessa Thompson and is set for release on Nov. 5, 2021.

A slew of other new films and more projects were announced during Marvel Studio’s Comic-Con presentation, including the ensemble film The Eternals, starring Angelina Jolie, who also made a surprise appearance at the panel. It was also confirmed Scarlett Johansson will return as Black Widow in a standalone film.