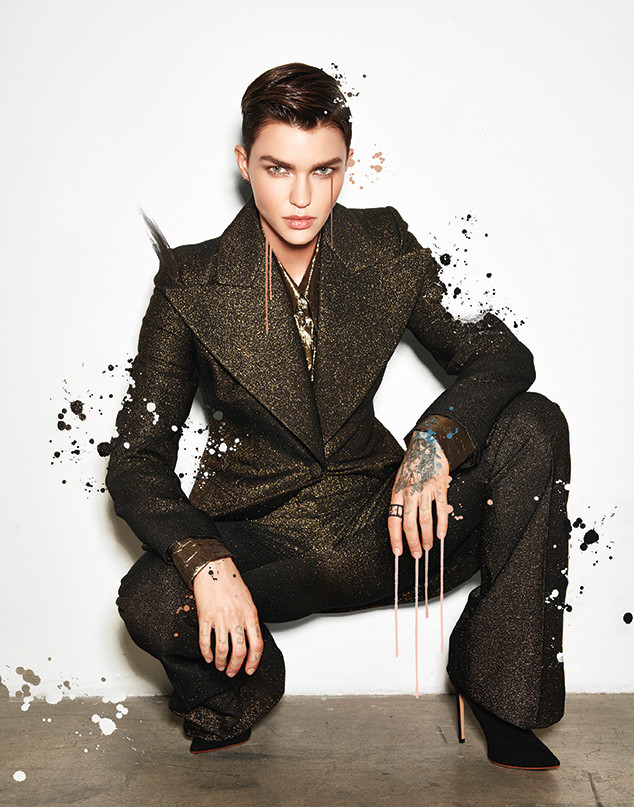 Gotham has a new hero.

Ruby Rose plays Kate Kane in the new show Batwoman. The program is already making history. According to emmy magazine, the show is television’s first superhero series led by an openly gay character.

For Rose, the role is especially meaningful.

“Everyone wants to play a superhero,” she tells the magazine in a related video. “Batwoman, in particular, means so much to me because she’s so comfortable within her sexuality. It’s a character that I wish I could have seen on television growing up. It’s time. It’s time to have a gay superhero.”

According to the publication, Rose started her career at age 7 with modeling and commercial work. While she was studying acting in college, she landed a job as a VJ for MTV Australia. Even though hosting was a great gig, she knew she wanted to return to her first love. So, she moved to the United States to pursue acting.

“I packed up everything and came to the States with, like, two suitcases,” she recalled. “And I didn’t get anything for two years. Couldn’t get a manager, couldn’t get an agent, could not get a audition.”

Still, she remained determined to make her dreams come true and created a short film called Break Free. Rose explained the film allowed her to express herself—a welcomed change considering she had been encouraged to wear her hair long and appear, as she put it, “very feminine” for previous jobs.

The short went viral and was seen by Orange Is the New Black‘s casting director Jennifer Euston. Rose landed a role on the Netflix show. After that, she appeared in a number of films, including Pitch Perfect 3 and John Wick: Chapter 2. When she got the call for Batwoman, she knew she couldn’t turn it down.

“We were discussing how desperately the world needs something like this right now,” Rose said. “You have [executive producer] Sarah [Schechter] and [showrunner] Caroline [Dries], who’s a gay woman and Greg Berlanti, who handled these situations so well in the past and is a beautiful gay man, and they were explaining to me this wasn’t going to be a project that was just written by men.” 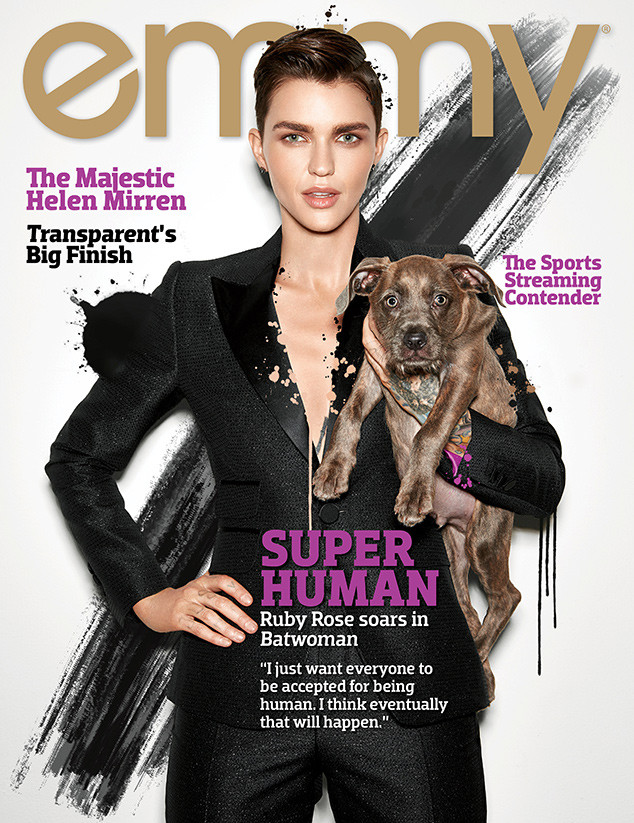 At first, Dries wasn’t concerned about having Batwoman be played by someone who is gay.

“And then after we cast Ruby, I was like, ‘Thank God, we got a lesbian,'” she said. “Her being out and so comfortable is part of what makes her pop in general, and what makes her pop as an actor. That has helped skyrocket her career in the best of ways, and that’s obviously what put her on our radar.”

However, not everyone was thrilled about the casting decision. In fact, some fans questioned whether Rose could pull off the part after the series was announced.

“I’ve confused people by saying that I fit in on a genderless spectrum,” Rose said. “I didn’t know it was going to be quite as big of statement at the time. It kind of clashes with the idea of being a lesbian if I don’t identify as a woman all the time, which I do—I identify as a woman. But I don’t like any of the labels, to be perfectly honest. I don’t even like the letters [of the acronym LGBTQI] so much. I want everyone to be human, be accepted for being human. But until that happens, I entirely understand and stand behind, why each letter is important to each different part of the community.”